Microsoft finally opened a store in Nashville, Tennessee. The store is located in Green Hills Mall. Funny thing, it is located directly above the Apple Store.

The Grand Opening experience was so much fun, it was definitely a party. There were so many people, and music speakers from one end to the next. During this event, they provided everyone with their own lanyards, which made it like a VIP event. They also provided t-shirts and water. With so many people in attendance, they even had charging booths throughout the crowd.

Before revealing the store (since it was covered up), they had an entire scheduled program and announced how excited they were to open up in Nashville; it was really a nice turn out. They provided large donations to these organizations, United Way of Metropolitan Nashville, Adventure Science Center, and Goodwill Industries of Middle Tennessee, Inc. Then right before they drop the covering shade they got the crowd stimulated and announced the opening, the shade came down, and all the workers were behind it in colorful shirts jumping up and down. It was like an enormous party, I know the mall had to literally shake.

After the party kicked off, it was on and since this was the Grand Opening, Microsoft provided gift cards to the first 500 people with a range from $10.00 to $1000.00. They also had some great deals, their NuVision tablet was 49.00, the Xbox One was 199.00 and other great deals on computers and everything. In addition, the first 200 customers in line that wanted a ticket for a meet and greet and signed photo with retired Tennessee Titan, Eddie George were able to receive one for another event at the store that following weekend.

I was fortunate enough to receive a gift card for $100 and ended up going with two of the NuVision tablets, which are really nice I might add. It was some many people there, I met music producers, government employees, people from out of state, and they even had the STEM Scouts in attendance. They had the opportunity to try out the Robots and different new computer features. Microsoft also provided them with gift boxes to take home. It was definitely a great experience. Below I have added pictures from the event, so enjoy. 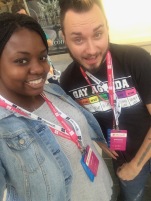 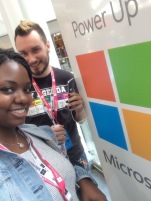 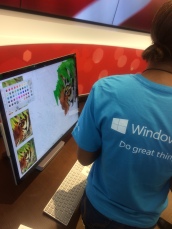 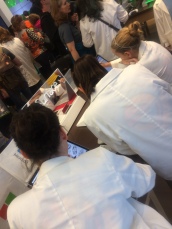 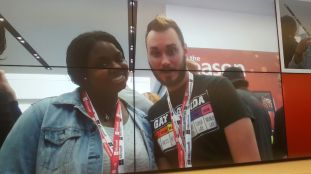